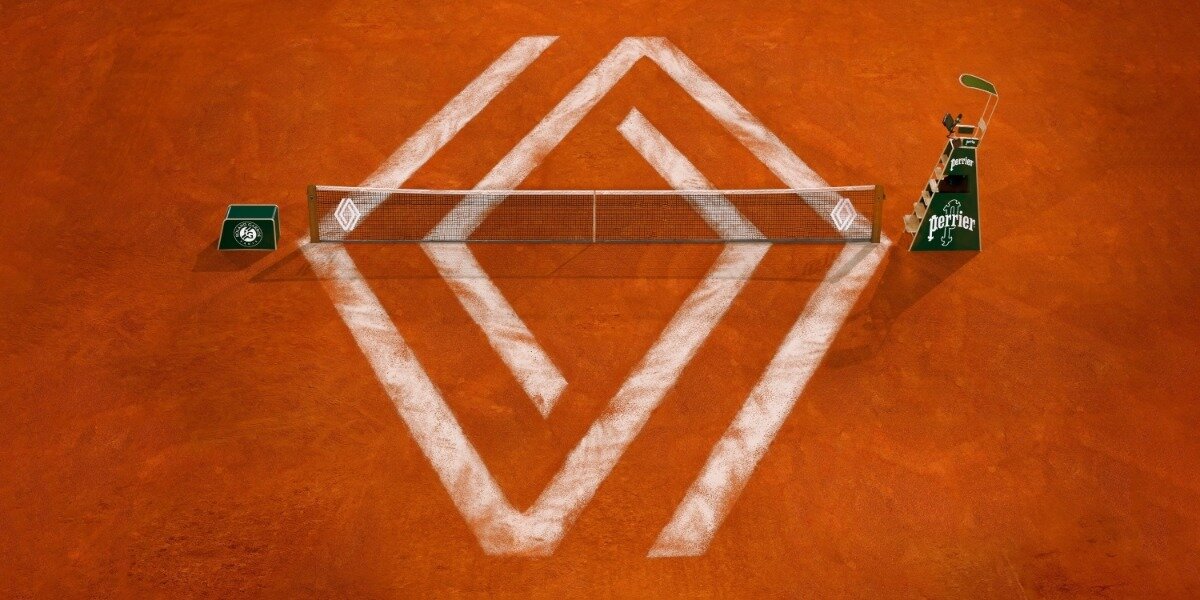 As part of its new brand strategy, Renault decided to streamline its global marketing partnerships and focus on sport, with two main partnerships – rugby, as a major partner of the French Rugby Federation, and now tennis, partnering with the Roland-Garros tournament.

RENAULT X ROLAND-GARROS
The Parisian Grand Slam and the manufacturer Renault have joined forces to write a new chapter in their history. Starting with the 2022 tournament, which will take place from 16 May to 5 June, and for an initial duration of five years, Renault becomes a Premium Partner of Roland-Garros, one of the most prestigious sport events in the world.

Renault and the Parisian Grand Slam have the same roots, both born in France, with a strong international ambition, and share common values of “Made of France”, passion, and audacity. The partnership between Renault and the French Tennis Federation (FFT) was even more apparent as it sets its foundations on two main strategic pillars for both brands: sustainable mobility and social responsibility.

AN ELECTRIC FLEET
Renault and Roland-Garros share the same values to behave in a more responsible manner, therefore sustainable mobility is key for both brands. Renault is already accelerating its transformation with the objective of becoming a fully electric brand in Europe by 2030.

This commitment with sustainable mobility is clearly reflected in the electric fleet of 100 new Renault Megane E-Tech electric that Renault has made available to the French Open, as part of the total 160 vehicle fleet.

GIVE ME 5
In parallel with this partnership deal, Renault is launching “GIVE ME 5”, the latest social responsibility project devoted to young generations.

Renault aims to promote the practice of tennis in cities by renovating playgrounds in suburban areas with the help of local artists. Two fields are expected to be opened in France by the end of the year.

To help financing the “GIVE ME 5” project, during the Roland-Garros tournament Renault will put in place the “Let Challenge”. Every time that a served ball hits the net cord before landing in the service court, which happens on average more than 2,000 times during the tournament, Renault will allocate a sum of money to this social initiative.

Furthermore, the brand will invite several groups of children and teenagers from disadvantaged backgrounds to visit Roland-Garros and experience the tournament themselves.

ACTIVITIES INSIDE AND OUTSIDE THE STADIUM
As part of this new collaboration and for the first time ever in Roland-Garros history, the Renault logo will be displayed on the nets of the five main courts (Philippe-Chatrier, Suzanne-Lenglen, Simonne-Mathieu and on the n°7 and n°14 courts) throughout the entire tournament, from the qualifying rounds to the finals.

During the tournament, Renault will also feature a 150sqm booth inside Roland-Garros where visitors will be able to learn about the brand’s future electric and electrified range, with Renault Megane E-Tech Electric, Renault 5 Prototype, and all-new Renault Austral.

Mobility and tennis fans will be able to enjoy several experiences that Renault will be putting on during the tournament, including:

Renault Green Line: The carsharing company ZITY by Mobilize will offer new and existing customers the possibility of reaching Roland-Garros and park right next to the stadium using one of the ZITY parking spots.

Renault The Originals Line: Starting at the Atelier Renault, the brand’s flagships store on the Champs-Elysées, tennis fans will have the opportunity to have a unique experience, including travel to the tournament.

Renault Electro-Pop Line: To celebrate the Renault 5 50th anniversary, the brand has transformed five historic models, with a 100% electric engine, that fans and guests will be able to travel in to reach the Roland-Garros stadium.