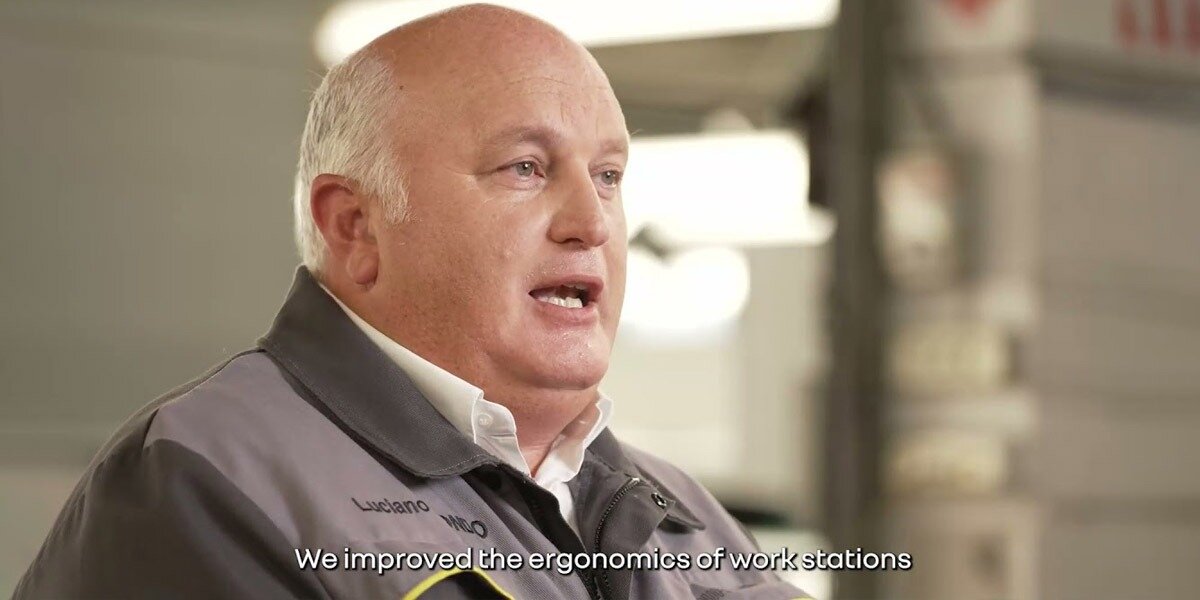 Strive for carbon neutrality and create a sustainable ecosystem while becoming the largest and most competitive electric vehicle production hub in Europe – that is the ambition behind the new ElectriCity, bringing together the three Renault Group factories in Douai, Maubeuge, and Ruitz, all located in the North of France. It was announced as part of the wider Renaulution plan in early 2021, a plan that sees electrification as a top priority, a strategic lever. The first model is already being prepared at the Douai factory: the All-New Megane E-Tech Electric, ready for sales from 2022. This marks the beginning of a beautiful EV renaissance, based on the know-how and excellence of the 5,000 employees behind ElectriCity.

ElectriCity is working towards an ambitious goal: make electric vehicles widely accessible and reach an annual output of more than 400,000 electric vehicles by 2025. This new industrial hub is set to become the largest and most competitive production centre in Europe. That first meant optimising industrial processes for greater operational efficiency and piecing together an entire ecosystem to further reduce many fixed costs. With the new organisation, Renault Group ElectriCity will serve as marker of quality manufacturing and heightened competitive edge.

"To incorporate electric vehicles in our processes, we invested more than €550 million to transform the Douai factory. We also improved workstation ergonomics."

Half a century of expertise. More than 10 million iconic vehicles coming off the production line. That is the story behind the Douai factory, and it is also a story of the millions of families who have driven those same iconic models, from Renault 5 to Scenic, not to forget the legendary Fuego and Renault 19.

This is a factory that has transformed itself and adapted as the world and people’s needs have changed. And now, more than ever, marks yet another turning point in its history with the arrival of the modular CMF-EV platform dedicated to the production of electric vehicles. The first model to roll out the factory doors, as early as 2022, will be the All-New Megane E-Tech Electric, recently unveiled at IAA Mobility 2021 in Munich.

In shifting production from ICE to electric vehicles, the workshops and production lines at the Douai factory have been modified, transformed, and modernised. More than €550 million has been invested to incorporate EV production and to ensure optimal ergonomics at each workstation. Early works began with the setting up of an assembly line that reflected Alliance standards, and which is flexible enough to accommodate a wide variety of vehicles from all segments. The All-New Megane E-Tech Electric is one such model and will be made exclusively at the Douai factory.

Entering the shop floor means stepping into a fully connected world. Automated carts transport thousands of uniquely recorded and sorted parts, delivering them to the right car on the production line at precisely the right time. Upstairs, a brand-new battery assembly workshop heralds a new era. Employees trained and experienced in EV production prepare each battery before sending it to a docking facility that mounts it directly into the vehicle.

New robots and automation systems are used in the body shop for greater modularity and flexibility. It is here that every car, large or small, can pass along the production line as it adapts to the size of each passing unit. Each millimetre is calculated, for a perfect fit. The paint shop has also been given its own overhaul, with a modified e-coating tank, new resin injector robots, and a new finish line.

As part of the overall transformation, many workstations have also been redesigned, changed, and modernised to ensure the best ergonomics and quality of manufacturing. Cars move on individual trays to avoid operator movements, production lines are ergonomically designed and can be adapted to the different heights of each operator, to their workstation, and specific constraints of mounting processes.

"We strive for quality with each vehicle, at every stage of the manufacturing process and all thanks to the involvement of each employee. This is our promise to customers, and it is brought to life through the new generation of electric cars.”

Batteries Made in Douai

You can't talk about electric cars without talking about batteries. In response to new environmental challenges and to be more competitive and efficient, transformations underway affect more than just the assembly lines, they also involve battery production and mounting. Thanks to a strategic partnership between Renault Group and Envision AESC, an EV Gigafactory will be created at the Douai site and will provide batteries for future EV models, just 50 metres away. There are numerous benefits to the new set-up: very low CO2 footprint for transport, optimised fixed costs, and more responsive processes in light of customer demand.

The All-New Megane E-Tech Electric paves the way for the Douai renaissance. Other models, such as the future Renault 5 Electric city car, will soon join the ElectriCity production line-up. Welcome to the Nouvelle Vague of electric cars.

Renault Group is at the forefront of a mobility that is reinventing itself. Strengthened by its alliance with Nissan and Mitsubishi Motors, and its unique expertise in electrification, Renault Group comprises 5 complementary brands - Renault, Dacia, LADA, Alpine and Mobilize - offering sustainable and innovative mobility solutions to its customers. Established in more than 130 countries, the Group has sold 2.9 million vehicles in 2020. It employs more than 170,000 people who embody its Purpose every day, so that mobility brings people closer. Ready to pursue challenges both on the road and in competition, Renault Group is committed to an ambitious transformation that will generate value. This is centred on the development of new technologies and services, and a new range of even more competitive, balanced and electrified vehicles.